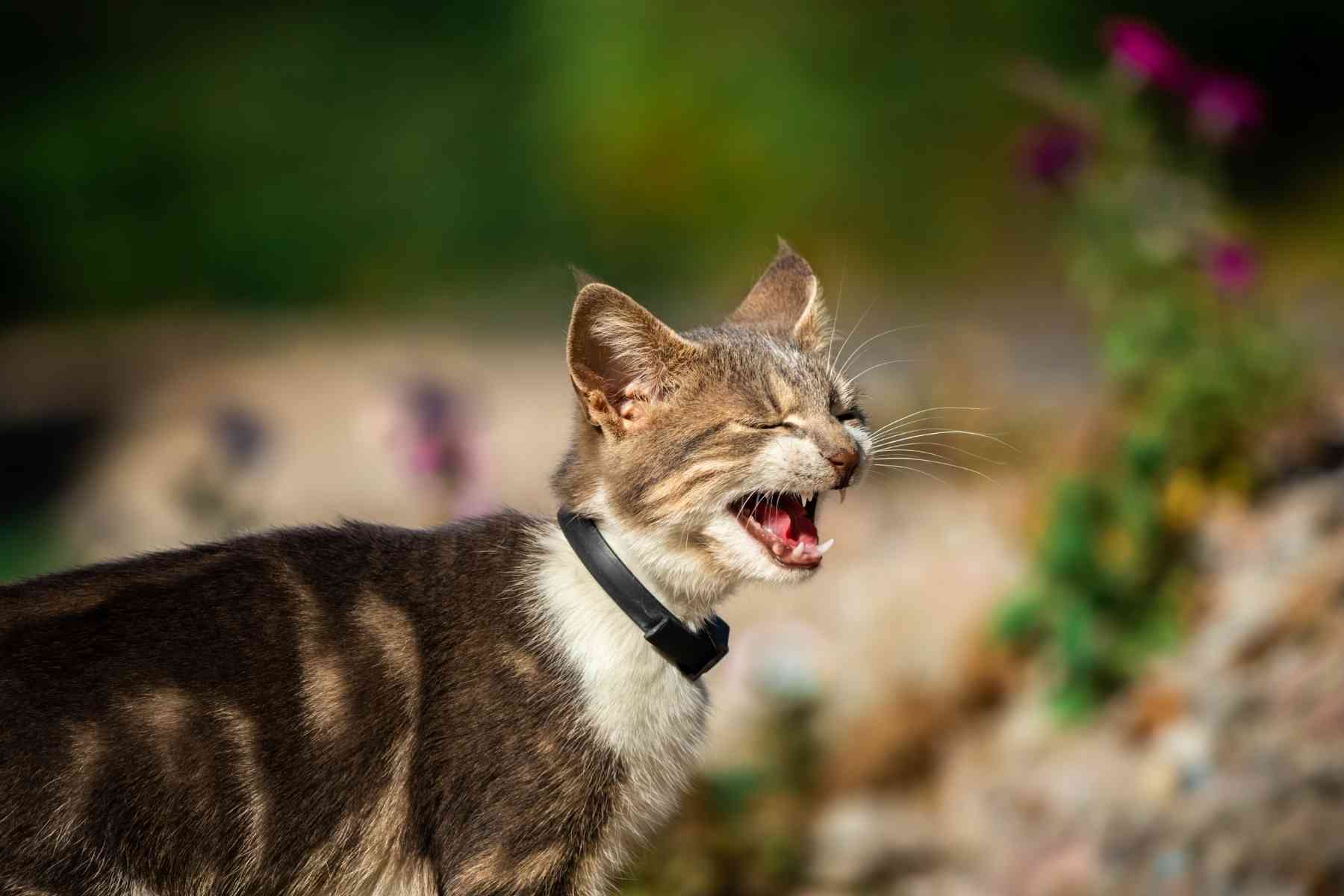 Cats squeak instead of meow for numerous reasons, ranging from personality to illness. However, squeaking isn’t usually a cause for concern unless you notice your cat having other issues too. Squeaks may also indicate your feline’s mood, generally meaning they’re stimulated or want attention.

Purring, meowing, hissing: cats can make all sorts of noises! But if you notice that your furry friend is making unusual sounds, it’s natural to feel worried. Below, we’ll explain why cats squeak and signs of concern to watch out for.

Why Your Cat Is Squeaking Instead of Meowing

So, why is your favorite feline squeaking and not meowing?

As it turns out, cats will only squeak for a variety of reasons. Some are problematic, such as disease or vocal cord injury. But more often than not, it’s a harmless behavior driven by natural urges or their personality.

Furthermore, squeaking isn’t always just a random sound they’re choosing to make. It’s a way for them to communicate a range of things depending on the context.

You may be surprised to learn cats don’t meow or squeak to each other much at all. They only do it to “talk” to their humans or get their mom’s attention when they’re kittens.

Next, let’s explore in-depth some possible reasons why your furry friend is squeaking instead of meowing.

Just like us humans, cats can get sick. A common condition among felines that results in squeakiness is laryngitis.

Laryngitis describes the inflammation of a cat’s larynx (or “voice box”). In addition to infection, numerous diseases cause it. And felines suffering from it have weaker meows that often sound squeaky.

If you think your cat might have laryngitis, you must take them to the vet. The condition is painful and sometimes life-threatening.

Here are signs of laryngitis to look out for in your furry friend, according to Merck:

As cats get older, they become more sedentary and less excitable. A result of this lethargy is that your feline may meow less or use a different sound to communicate.

In other words, older cats might just feel too lazy or cranky to meow!

Old age also causes the gradual decline of organs. So elderly felines might lose some function in their vocal cords, causing meows to sound cut-off or “squeaky.”

Cats can develop vocal cord issues and deformities, leading them to squeak due to difficulty meowing.

For many felines, these issues are congenital, much like a cleft lip or polydactyly (extra toes). So if your cat has never meowed, there’s a good chance they fall in that category. However, it can also be due to injury.

Look for other unusual behavior to ensure your cat’s squeakiness isn’t a cause for concern. If yours seems to be in pain or acts lethargic, consider calling the vet.

Like we mentioned earlier, cats rarely ever meow to each other. They mostly do it to get your attention when it’s two or three minutes past their dinnertime.

As a result, feral cats and even strays often spend most of their lives without meowing.

That is unless they’re adopted.

Adopted strays and young ferals can “relearn” the adorable skill by trial and error or mimicking a housemate. So if your newly adopted cat is only squeaking, they may just need some time.

Remember how your voice changed when you were a teenager?

Your feline friend’s voice will also transform as they age. And just like how your voice was squeaky and awkward for a while, your cat’s can be too!

If your cat is still young or a kitten, squeaking might just be a temporary (and cute) part of maturing. You probably don’t need to worry unless you notice some of the other issues we mentioned earlier.

Cats vary in personality as much as we do.

Some are affectionate and playful, while others can be cautious and quirky. And some cats will vocalize more, or differently, than others.

So if your cat keeps squeaking and you can’t find a reason, they probably are just expressing themself. Much like how some people talk with a particular tone or cadence.

You now know what can cause your cat to squeak instead of meow.

But why do some cats squeak even when they can meow, and what does it mean to them?

While cats don’t speak a language, the numerous sounds they make still carry meaning. Some are obvious, like hissing meaning “Get away from me!” But others, like squeaks, are less understood.

Many domestic felines squeak when they’re excited. Like when they hear you pulling out treats. Or when you let them in your room after they’ve yowled outside your door for an hour.

Some cats also use the noise to get their owner’s attention. Especially if they notice the sounds can get them a snack or head scratches.

So next time your cat squeaks, consider how you react! You might have a more significant effect on their vocalization than you realize. And your cat is unlikely to meow if squeaking gets better results.

Can Cats Learn to Meow?

Meowing among cats is mostly a learned behavior. So just because your furry friend hasn’t caught on yet, doesn’t mean they can’t!

Kittens meow, but adult cats only continue the behavior around humans. So if you recently took in a stray, they might just need to “remember” how to do it.

But if weeks and months roll by with only squeaks, you might wonder what you can do about it. Thankfully, cats are pretty clever. There are a couple of ways you can reinforce the behavior.

Teaching Your Cat How to Meow

If you have a cat, you undoubtedly know how resistant they are to directions and commands. They’re as independent as dogs are loyal.

However, there are a few ways to condition and encourage meowing:

Just remember that sometimes, your cat can’t meow. Such as when they suffer from vocal cord issues.

Is It Okay If My Cat Never Meows?

Let’s suppose that after trying everything and visiting the vet, your cat still can’t meow. Does that mean there’s something wrong with them?

Don’t worry—as long as your cat isn’t suffering any other issues, they’ll be just fine. Meowing is by no means a necessity for cats. As covered earlier, they do it primarily just for us.

Some cats won’t meow just because it’s not in the nature of their personality. But they still deserve plenty of love and cat treats.

There are plenty of reasons why your cat squeaks instead of meows. While some are worth worrying about, your furry friend is more than likely just expressing their personality. 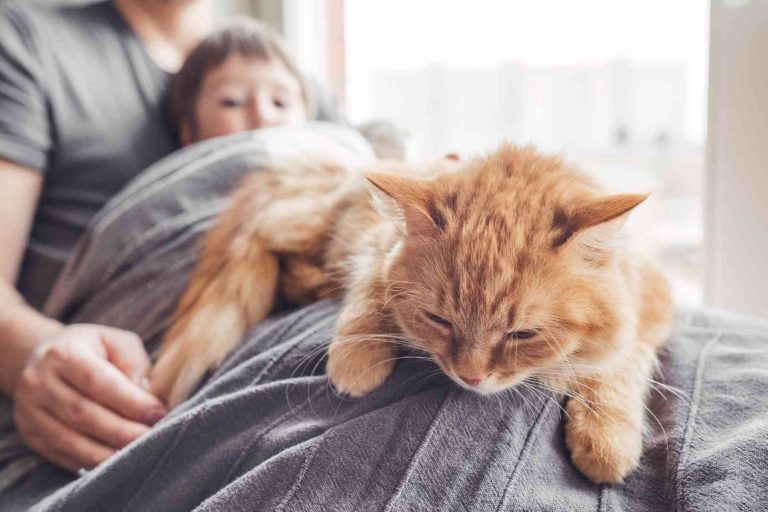 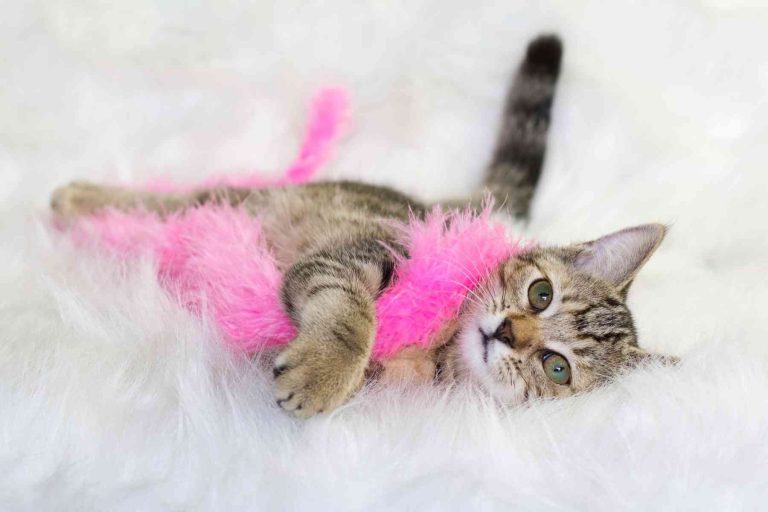 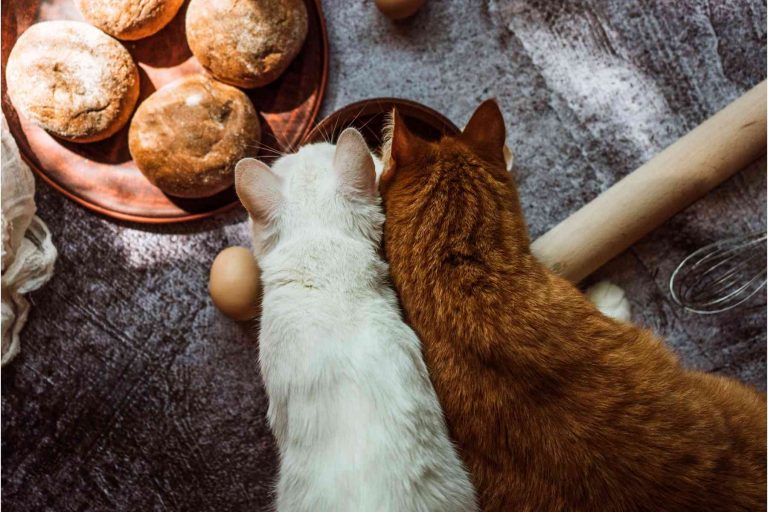 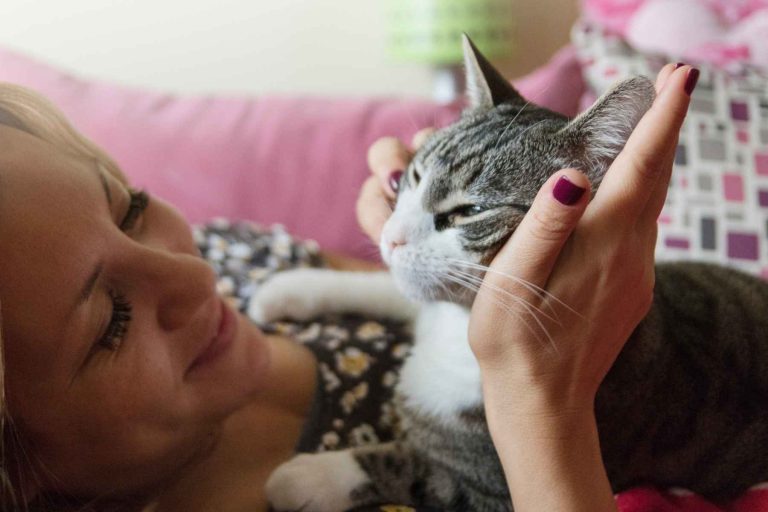