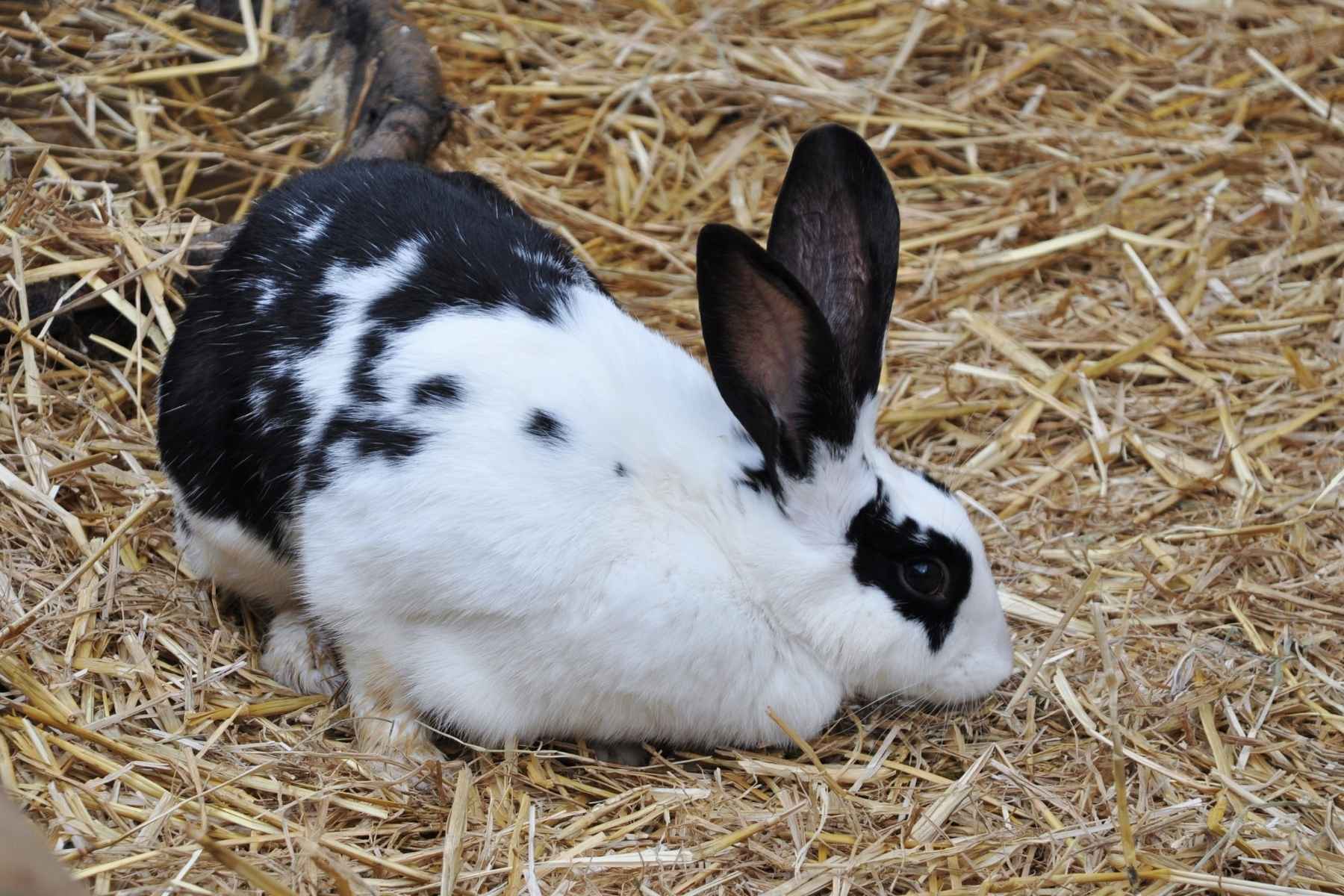 How Long Is a Rabbit Pregnant?

There is a lot to love about rabbits. They’re soft, cuddly, fun to train, and incredibly easy to breed. If you’ve fallen in love with a specific rabbit breed, or maybe just an individual bunny, breeding your rabbits might be something you want to pursue.

Before you breed any animal, rabbits included, it’s important to do some research to have the best experience possible for you and your bunny. For example, how long is a rabbit pregnant?

On average, rabbits are pregnant for around one month or 31 days. Gestation can vary slightly depending on the breed, but in about a month, most rabbits will give birth, which is known as kindling in rabbits.

A single month isn’t much time to prepare for a new litter of baby bunnies, so be sure to be completely ready when you breed your rabbit! Let’s dive a little deeper into the short pregnancies of rabbits.

How Long Is a Rabbit Pregnant?

If you’ve ever been pregnant or know someone that has been, you will know just how long human pregnancies can be. It takes a whole nine months for a human baby to be born, but incredibly, rabbits can produce entire litters of babies in just a fraction of that time.

Rabbits are pregnant for about a month on average, usually not any longer than 31 days, with 35 days being the maximum for most types of rabbits. A few outliers have slightly different gestations, but for the most part, rabbits stick to the rule of being pregnant for one month with their litters.

On the shorter end of gestation time, you’ll find the European Cottontail, which is only pregnant for 25 to 27 days.

On the other end of the spectrum is the rabbit with the longest gestation period, the Common Tapeti. The Tapeti is a type of rabbit that lives in Brazil and is pregnant for ten or more days longer than the average bunny!

Common Tapeti rabbits have a gestational period of 42 to 45 days. When you consider rabbits are only pregnant for 30 days on average, this means the Tapeti is pregnant almost 50% longer than other types of bunnies.

There are many reasons that rabbits have such short gestational periods and a reason that rabbits are notorious for how rapidly they can reproduce in such great numbers.

Things like gestation time, amount of kits in each litter, and how quickly female rabbits can become pregnant again have made rabbits some of the fastest reproducing mammals on the planet!

How Many Kits Do Rabbits Have?

Rabbits are prolific breeders, and one of the primary factors of that is how many babies, or kits, the doe rabbit will have at a time.

The average litter size for most rabbits is seven kits, but litter sizes can sometimes make it into the double digits, with litters of 15 not being unheard of.

This number might seem overwhelming if you’re breeding your pet rabbits to have more pets, but there are definite evolutionary advantages to having such big litters.

In the wild, rabbits are some of the most common prey animals and are considered tasty by several predators. To keep populations up, rabbits don’t only breed quickly, they also breed in great numbers. Even if a predator like a bobcat makes a meal of a large number of wild rabbits, there will still be plenty more to take their place.

For animals that don’t have any natural defense mechanisms, having large litters of offspring ensures that the bloodlines of the most hearty rabbits will live on no matter what.

Rabbits don’t have as much maternal instinct as some other mammals and will often leave their nests unattended for hours or even most of the day. This might seem cruel, but it’s a way to let the mother rabbit get all the food she needs while also keeping predators distracted from the nest.

If she remained at the nest constantly, it would be difficult for her to eat, and her presence would be a sign to the rabbit’s predators about where she was storing her young.

How Fast Can a Rabbit Become Pregnant After Giving Birth?

The quick gestational periods and the large litter sizes of rabbits might seem shocking, but that’s nothing compared the how quickly they can become pregnant again after kindling.

Most mammals go through a heat cycle a few times a year, and it’s during this cycle they can get pregnant. For rabbits, it’s a different story altogether.

Rabbits can become pregnant again only hours after kindling, even while nursing their current litter.

Nursing is usually a time when mammals cannot become pregnant because most of the mother’s energy is spent caring for her current young. Rabbits, on the other hand, are all about the numbers.

Rabbit kits are typically weaned between 4 and 6 weeks of age, with some continuing to nurse up to 9 weeks. Since rabbits only carry a litter for about a month before kindling, this means a rabbit that gets pregnant right after giving birth can have two litters simultaneously, with the litters being of different ages.

This should be avoided in domestic rabbits because once the doe rabbit makes the nest for her second litter, she will abandon the first. Living in close quarters and having multiple litters can be very stressful for a doe.

In the wild, the 1st litter can usually survive on their own at four weeks, but they are still vulnerable to predators.

How Do You Know if Your Rabbit Is Pregnant?

Unlike humans or even other small pets like cats, it can be almost impossible to tell that your doe rabbit is pregnant unless you know what you’re looking for.

Rabbits are built to reproduce quickly and still be agile and fast while pregnant, so they don’t get the enormous pregnant belly we see in other animals.

The best way to tell if your rabbit is pregnant is to wait and see if she builds a nest. Once the nest is built, the doe will usually give birth within 1 or 2 days.

This doesn’t give us much time to prepare for the litter of kits to be born, but mother rabbits know better than we humans do, and she will be completely ready for her litter once she’s done with her nest.

You might notice your female rabbit pulling out her belly fur while building a nest. This is perfectly normal and nothing to worry about! The soft belly hair that the mother rabbit uses to line the nest help to keep the kits warm, comfortable, and hidden from predators when the mother isn’t around.

Do Rabbits Get Pregnant Every Time They Mate?

If given the opportunity, rabbits will mate a lot. Wild rabbits can have up to 7 litters in a single year, and with the average amount of kits in a litter being 7, it’s easy to see how the number of rabbits can get out of hand quickly if they are allowed to mate whenever they please.

This lack of estrous cycle and the fact that rabbits ovulate after mating instead of beforehand make it much more likely that a rabbit will become pregnant every time they mate.

After breeding, the male and female rabbit should be separated, especially after the doe gives birth, since she can become pregnant again right away. Having more than one litter at a time makes it impossible for the mother rabbit to care for both properly.

Rabbits can range from beloved pets to fully wild animals, but they are quick breeders no matter where they live.

If you’re wondering how long rabbits are pregnant, the answer is pretty simple: Rabbits are usually pregnant for about a month or 31 days. Some rabbits, like the Common Tapeti, can be pregnant longer, but most types of rabbits fall within the month-long pregnancy mark.

With pregnancy only lasting a month, a female rabbit can have an enormous amount of kits in a year. This is one reason that you should spay or neuter your rabbits if you aren’t looking to breed, and keep your male and female rabbits separate if they aren’t fixed. 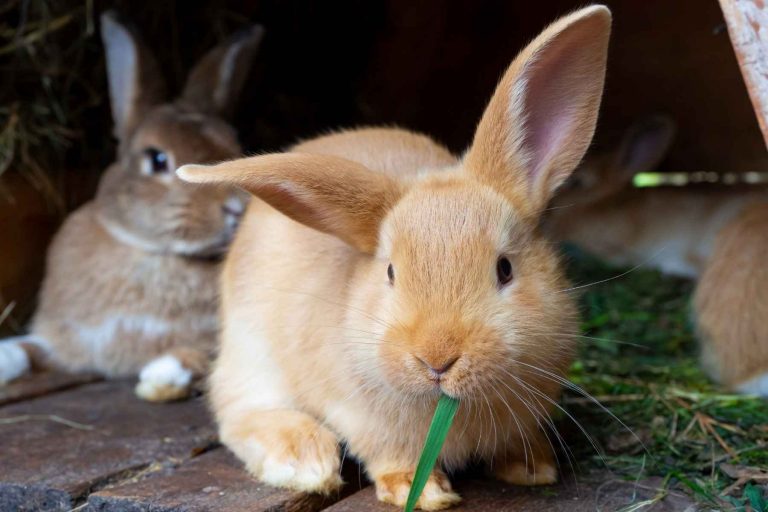 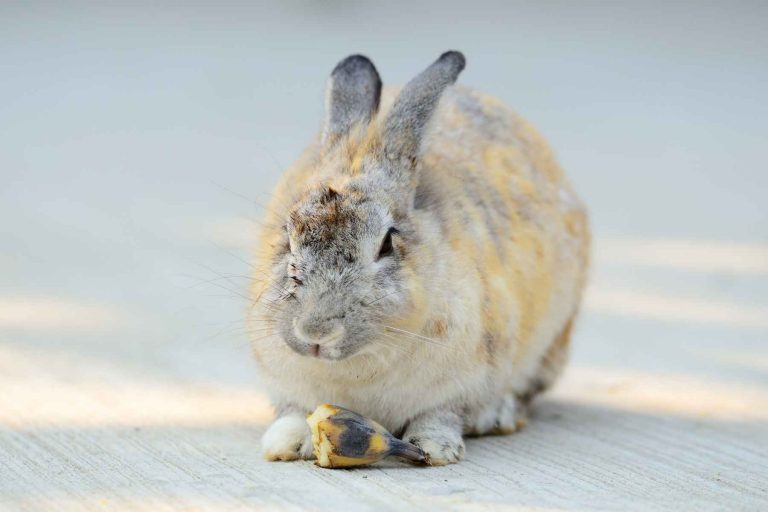 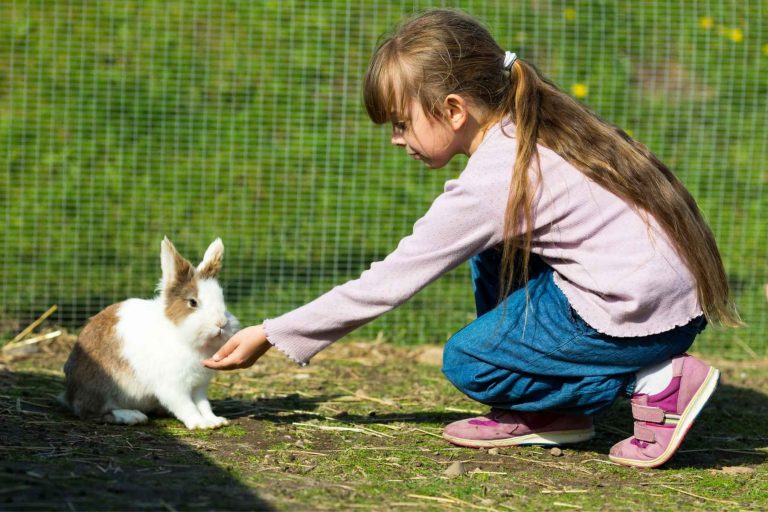 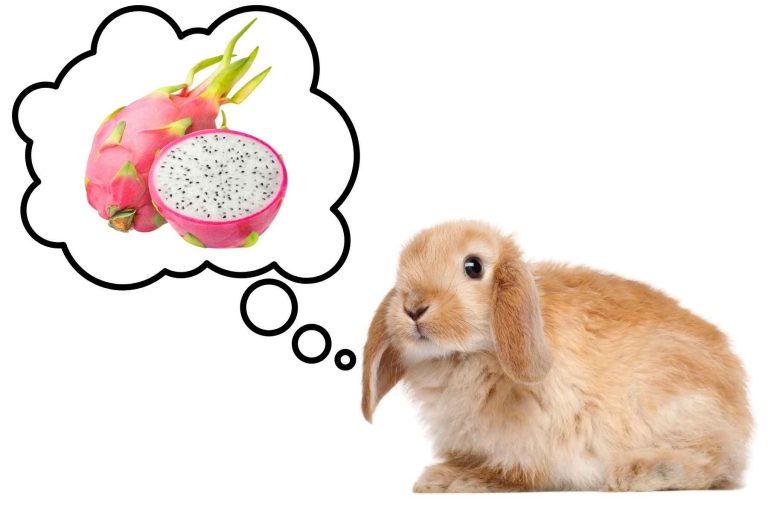 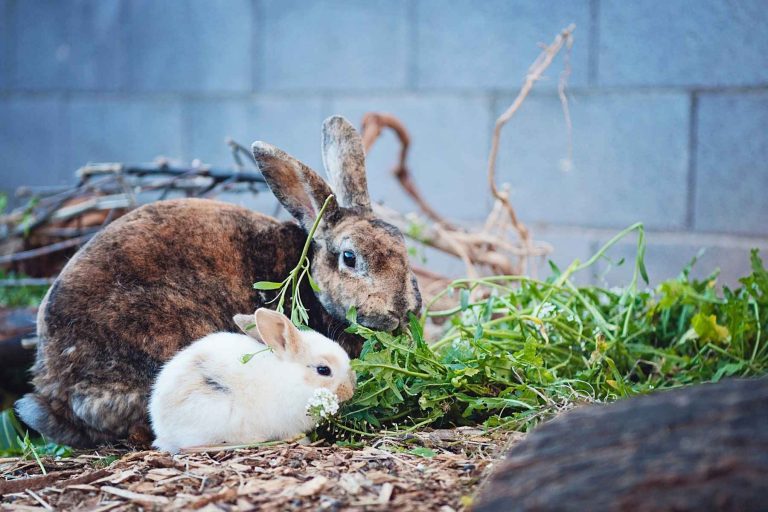