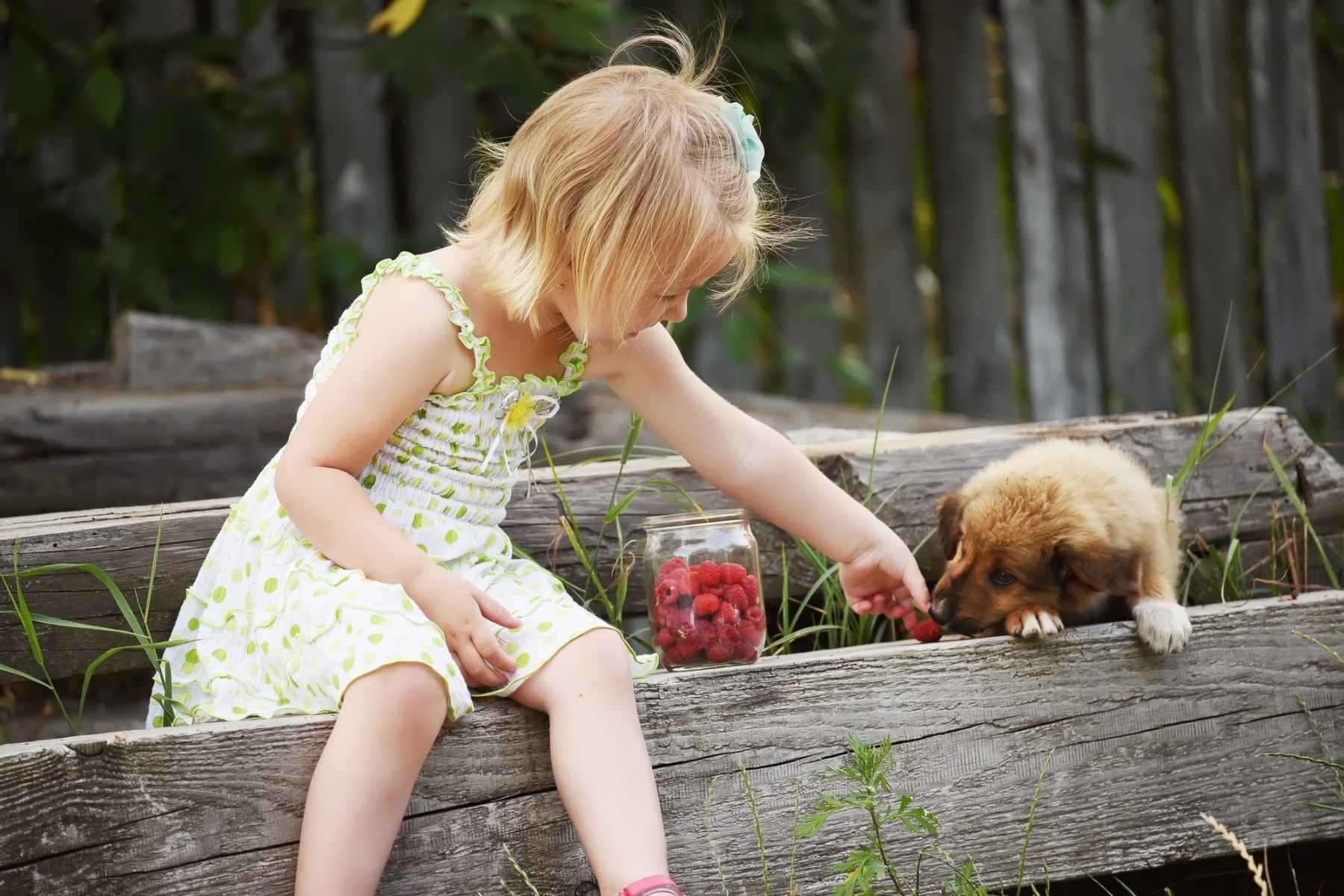 Those of us who love our dogs want to share as much joy with them as possible, including in the realm of food. There are many tasty treats out there for one to enjoy, but considering that dogs have different biology from the rest of us, it’s hard to know what we can eat that they can’t. Are raspberries a problem for dogs like chocolate is?

The good news is that raspberries are safe for your dog to eat. That said, there are still some concerns to be kept in mind, so you can’t just start feeding your dog raspberries willy-nilly. They aren’t normal dog food, after all.

Don’t worry, we’ll cover everything of importance in this article, so you’ll leave here knowing everything about giving your dog raspberries, including why you should, why you shouldn’t, and any special caveats that might need to be taken into consideration. The whole thing is a bit more complicated than people think!

What’s in a Raspberry?

First off, it’s important to acknowledge that dogs don’t need raspberries, or any fruit for that matter, to meet their nutritional needs. In fact, as long as you are providing your dog with quality dog food and feeding him often enough, there shouldn’t be any nutritional concerns to worry about. Still, raspberries offer many benefits.

First off, raspberries are low in both calories and sugar, and in return, they are high in vitamin C, manganese, and fiber. Dietary fiber is great because it helps your dog with bowel movements, and keeps them feeling full, meaning they are less likely to overeat. Raspberries are also full of antioxidants that fight free radicals.

On the mineral side of things, raspberries offer the aforementioned manganese, but also fair amounts of copper, folic acid, iron, magnesium, and potassium. Finally, they have a lot of Vitamin C, K, and B-complex. That’s quite a lot for such a small berry, which is why it is often considered a superfood, at least for humans.

All in all, this means that raspberries are very healthy, helping with digestive issues as well as assisting in holding back chronic diseases like cancer, arthritis, and diabetes. It can do all of this for you, and it can do it for your dog too. Unfortunately, it’s not all sunshine and rainbows, and there are a few things to worry about.

Very few things in this world have nothing but benefits. Raspberries offer a lot of nutritional value, but they also have a few hazards to consider, especially in regard to your dog. What you need to worry about is xylitol, which is a natural sweetener found in many fruits. Xylitol is toxic to dogs, in high amounts.

What this means is that you can feed raspberries to your dog, but you should do so in great moderation. As long as they don’t ingest too much, you shouldn’t have to worry about xylitol causing any problems for them. However, raspberries do have a very high amount of xylitol compared to other fruits, so you have to be careful.

Xylitol can contribute to some pretty scary illnesses, including hypoglycemia and liver disease, both of which can be fatal if they go untreated. On top of this, raspberries have the potential to cause stomach problems for your dog, such as constipation, vomiting and diarrhea. These are possibilities, but unlikely in most cases.

It’s important to speak to your veterinarian before you start feeding your dog new things, especially things they would normally not eat on their own, such as fruit. Still, as long as you only give a few raspberries to your dog on an occasional basis, they shouldn’t have any serious health problems.

How Many Raspberries is Too Many?

OK, so you might want more information about Xylitol: after all, it’s fine in small amounts, but could literally be fatal if your dog gets too much. That being the case, we wouldn’t blame you for wanting more specifics on this front. The good news is, your dog would have to eat a very large amount of raspberries to be in trouble.

Naturally, the amount of xylitol that would be a problem depends on how big your dog is. But there’s relatively easy math here: raspberries have .05 grams of Xylitol per cup (the unit of measurement, not just any cup). This is one of the highest Xylitol levels in fruits anywhere on the planet. That sounds bad, but it’s not a big deal.

Approximately, an amount of Xylitol capable of causing hypoglycemia would be 0.1 grams per kilogram of body weight, and for liver failure, it would go up to 0.5 grams per kilogram. So, if your dog only weighed 10 kilograms, which is about twenty pounds, it would have to eat 4-6 cups of raspberries to get sick, and 32 cups to actually die.

Needless to say, that is probably a lot more raspberries than you would even think to feed your dog. Not to mention that the dog would probably get sick from all of the sugar involved long before you had to worry about Xylitol causing any problems. Still, if you have a very small dog, you should probably just avoid raspberries altogether.

What if My Dog Gets Xylitol Poisoning?

Ok, so the absolute worst happens, and your dog eats way more raspberries than he should have. How can you tell that something is wrong? Look for the following warning signs from your dog:

Needless to say, any of these symptoms would be very concerning, so if you notice them, contact your vet immediately or just go straight to them. If you believe your dog has consumed too much Xylitol but haven’t seen any symptoms yet, contact poison control, though they’ll likely recommend you to go to an emergency clinic.

If your dog gets treatment quickly enough, it’s possible to come out of this situation without any serious or lasting effects. But if it takes too long to get treatment, Xylitol poisoning has a very high chance of being fatal for your dog. That’s why you should preemptively go to a clinic even if you just think your dog ate too much.

Should You Feed Raspberries to Your Dog?

While the previous section probably sounded frightening, the intent was merely to inform, not outright say that you shouldn’t feed your dog raspberries. After all, the risk of Xylitol poisoning is immensely low even in small dogs, since they would have to eat a huge number of them for that to be a problem. Still, should you give a dog raspberries?

The fact of the matter is, there’s no actual reason to, other than wanting to. Dogs don’t need raspberries, and while raspberries do have many nutritional benefits, nearly everything a raspberry offers, a dog can get from quality dog food or vitamins, without any Xylitol involved at all.

And sure, your dog might enjoy eating raspberries, but dogs enjoy eating all sorts of things, many of which do not hold any serious risk like raspberries do, however minor. Moreover, your dog can’t really miss what he’s never known, assuming you’ve never fed him raspberries before, so it’s not like he’d suffer in that regard either.

All of this is to say that a dog can eat raspberries, but there’s really no reason to feed a dog raspberries, with the exception of the owner wanting to for a personal reason. The health benefits can be acquired elsewhere without any risks, and you can just as easily provide your dog with a different treat that he’ll love.

Dogs can eat raspberries, but there’s an important caveat to take into consideration: Xylitol, a natural sweetener found in raspberries that is toxic to dogs in high amounts. A dog would have to eat an unrealistically huge amount of raspberries for Xylitol poisoning to be a real hazard, but if it did happen, it could easily be fatal.

You can feed your dogs raspberries in small amounts, and they do offer some nice health benefits since they possess many antioxidants, vitamins, and minerals. Raspberries are relatively low in sugar and calories, though the sugar intake could still be a problem for a dog if it eats too much, especially if the dog has diabetes.

Ultimately, it is safe for your dog to eat raspberries in very small amounts. However, it’s not particularly recommended or necessary: the health benefits that could be gained from raspberries should already be provided by your dog’s normal food, and if they are lacking in those nutritional areas, other foods can provide them without a Xylitol risk.

Still, if you want to feed your dog raspberries, there is no harm in it as long as you only feed them small amounts and on infrequent occasions. Raspberries should be used as special treats, not as a regular part of your dog’s diet. Everything should be fine as long as you keep that in mind. 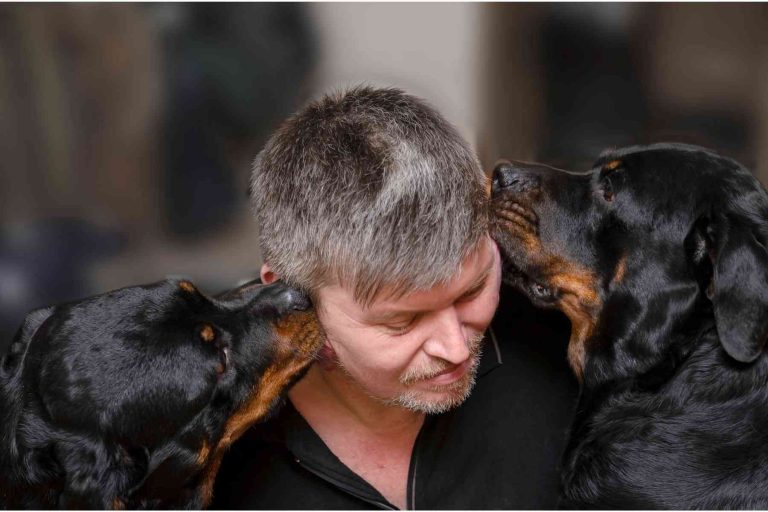 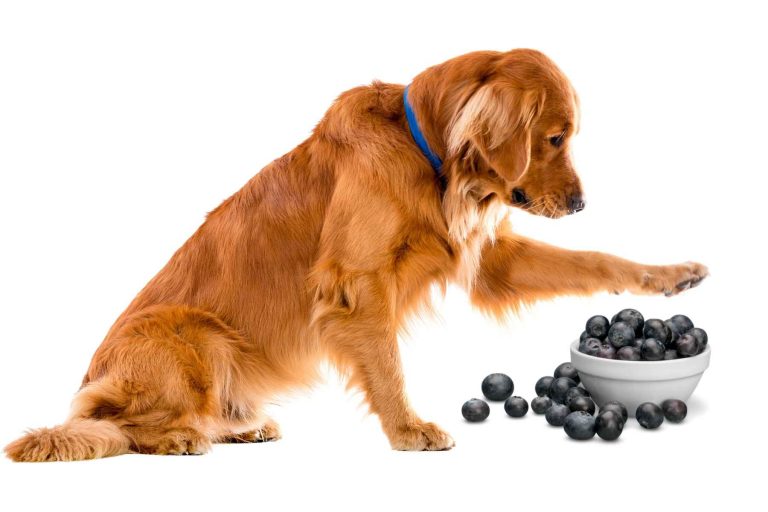 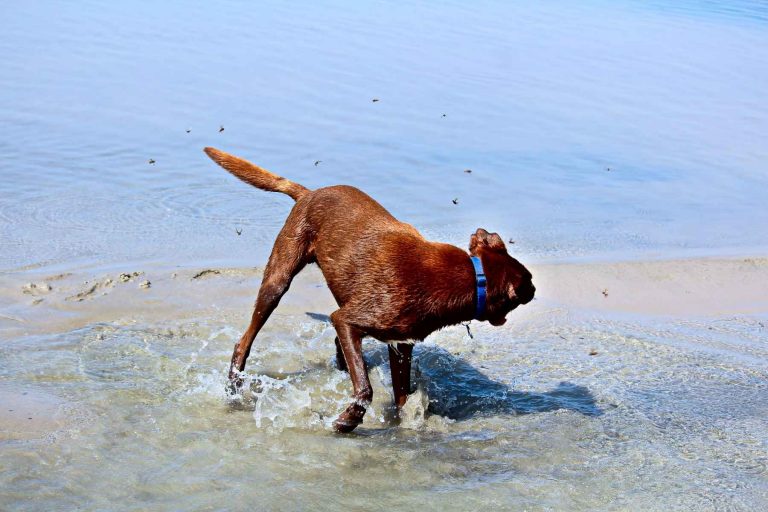 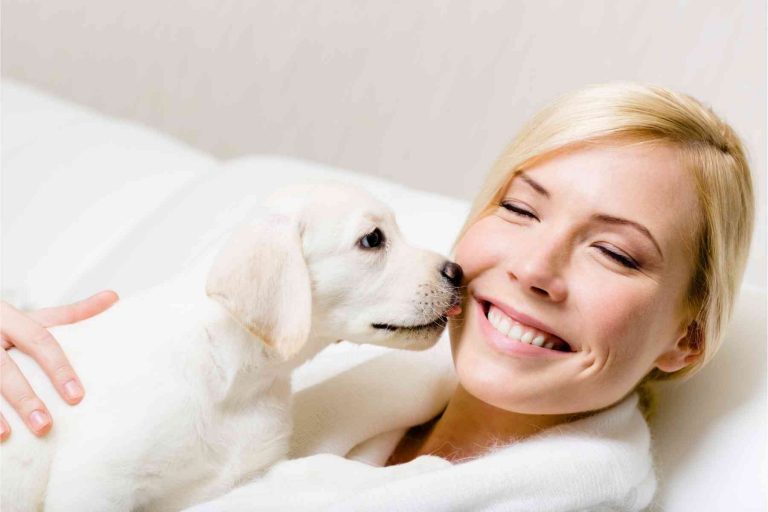 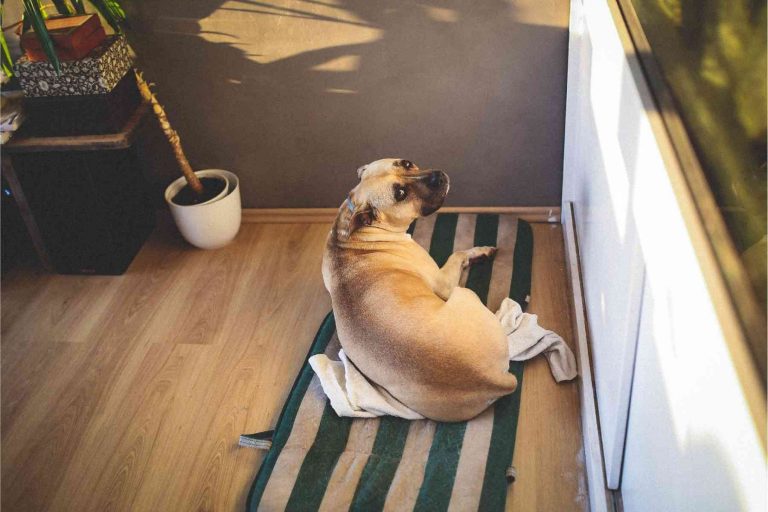